From Hamburg to Hamburger- Still a “Beautiful Thing” 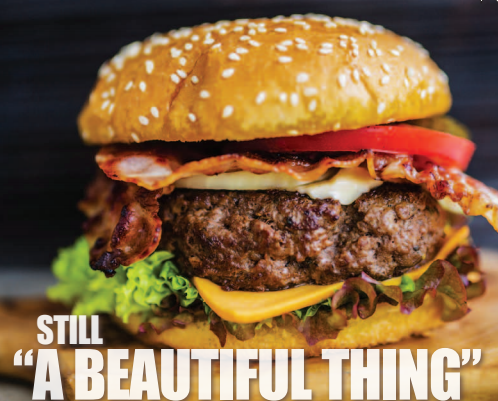 The term “hamburger” derived from Hamburg steaks introduced into the U.S. by German immigrants at a time when industrialization was leaving less time to prepare food. German sailors acquired a taste for raw chopped beef in Russia, where steak tartare had been a staple for years. The first North American restaurant (ostensibly) to put a hamburger on its menu was the legendary Delmonoco’s in New York, which in 1834 offered a “hamburger steak” for 10 cents. At the time, that was twice the price of roast beef or veal cutlet!